The Upper Rogue is a beautiful and iconic Oregon River, fed by snowmelt and springs from the peaks of the Cascades, including Mt Mazama, the mountain containing Crater Lake. The river runs swift, clear, and cold as it carves its way through narrow gorges and over falls. The section of trail described here travels from the Rogue Gorge down to the Natural Bridge, two of the most notable landmarks on this stretch of river.

Begin you hike from the parking area at the Rogue Gorge. (Or you could start from the Natural Bridge. Both have parking areas. We were coming from Central Oregon though, so we stopped at the Gorge, so you will have to figure out how to start from the Natural Bridge if that is your preference. I believe in you though..). The trail itself heads out from behind the restroom to head down the river, but be sure to walk the small, paved loop to get the full view of the Rogue Gorge. The gorge is a 500-foot-long lava tube that the Rogue has carved out. The river drops into the gorge via a beautiful waterfall at tis upper end. The entire river then screams through this very narrow channel. It is quite the site to see.

Following this loop, the trail will dump you back out at the parking area. Look for the trail as it heads down river from right behind the restroom. The majority of the trail to Natural Bridge is mere feet away from the rushing waters of the Rogue. At first there will be quite a few cabins that you are walking by, and most of them have trails leading to them, but just stay on the trail closest to the river and you will stay on course.

After about a mile, the trail will briefly swing away from the river as you come to Union Creek. The trail will head up the creek about 100 feet or so and cross it on a nice, wooden pedestrian bridge. About a mile and a half from the bridge, you will come to a beautiful series of rapids, as the river again dives into a gorge. Just below the falls, there will be a bridge heading across the gorge. Don’t take it yet. You will be returning that way.

From here it is only about a mile to the Natural Bridge. As the channel begins to narrow again for the Natural Bridge section, the trail heads along the edge of a campground. It can get kind of confusing here about which trail to travel, as user trails go everywhere. In this part, the actual trail will move away from the river for a little while. While there will be user trails that head right along the river, if you follow them, you will end up on the wrong side of a fence and will have to climb over it to get to the bridge. So just follow the actual trail. You will see plenty of the river soon enough.

The Natural Bridge is a 250 foot section of river that, during low flows, entirely flows through an underground lava tube before popping back out again. During high flows, like the spring and early summer, there will be too much water to cram through the lava tube, so part of the river overflows the channel. The complexity of the different flow paths in the raging river here can make even that site amazing.

After enjoying the view, the trail will seem to continue on. This is not the official trail, but it will continue along the river for about ¾ of a mile before disappearing into a mess of downed trees. If you are a good route finder, when the trail ends, you are only a couple hundred feet from the official trail, so you just climb through the matchsticked timber to the trail. Otherwise, head back to the bridge and hop onto the official Upper Rogue River Trail and head north.

The trail will do its only really climbing along this section, as you ascend about 130 feet as it heads over a bluff along the river. The trail will wind through the woods for about a mile until it drops back down to the Rogue. Here, the trail will split, with the Upper Rogue River continuing upriver. A sign will also direct you back towards Natural Bridge Campground. Follow that trail as it heads back to the bridge you passed up earlier on the hike. Cross back over the river and head upstream until you reach the trailhead once again.

From the north, (Roseburg, Willamette Valley, or Central Oregon), Take Highway 130 either 18 miles west of Highway 97 or 83 miles east of Roseburg. Turn south on Highway 230 and continue 24 miles until the junction with Highway 62. Stay straight and head south for one more mile until you see the signs directing you to Royal Gorge, right before reaching the lodge and store at Union Creek.

If you are coming from the south, just take Highway 62 48 miles north of Medford. Just past the Union Creek Lodge and store, the trailhead to the Rogue Gorge will be on your left.

Open Season: The trail can be accessed year round, but will likely be covered in a considerable amount of snow until well into spring.

Considerations:The Natural Bridge will likley be covered during high flows. Later in the summer, the entire flow will travel under the bridge. 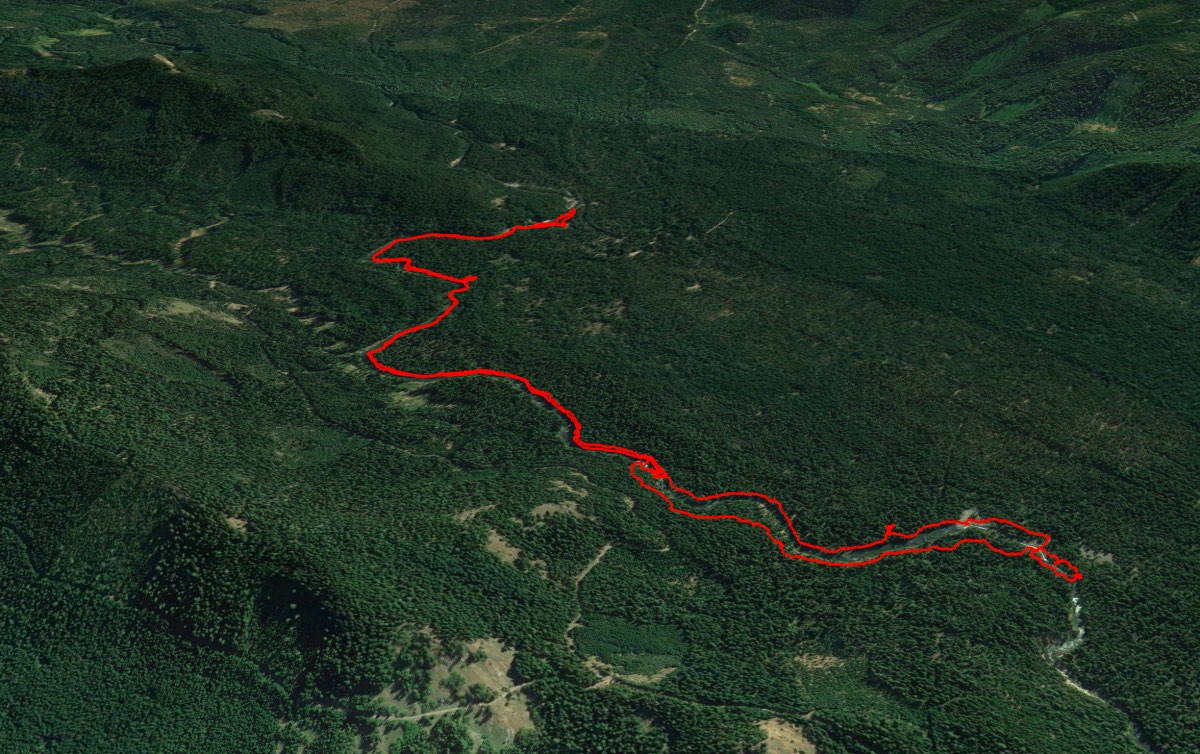 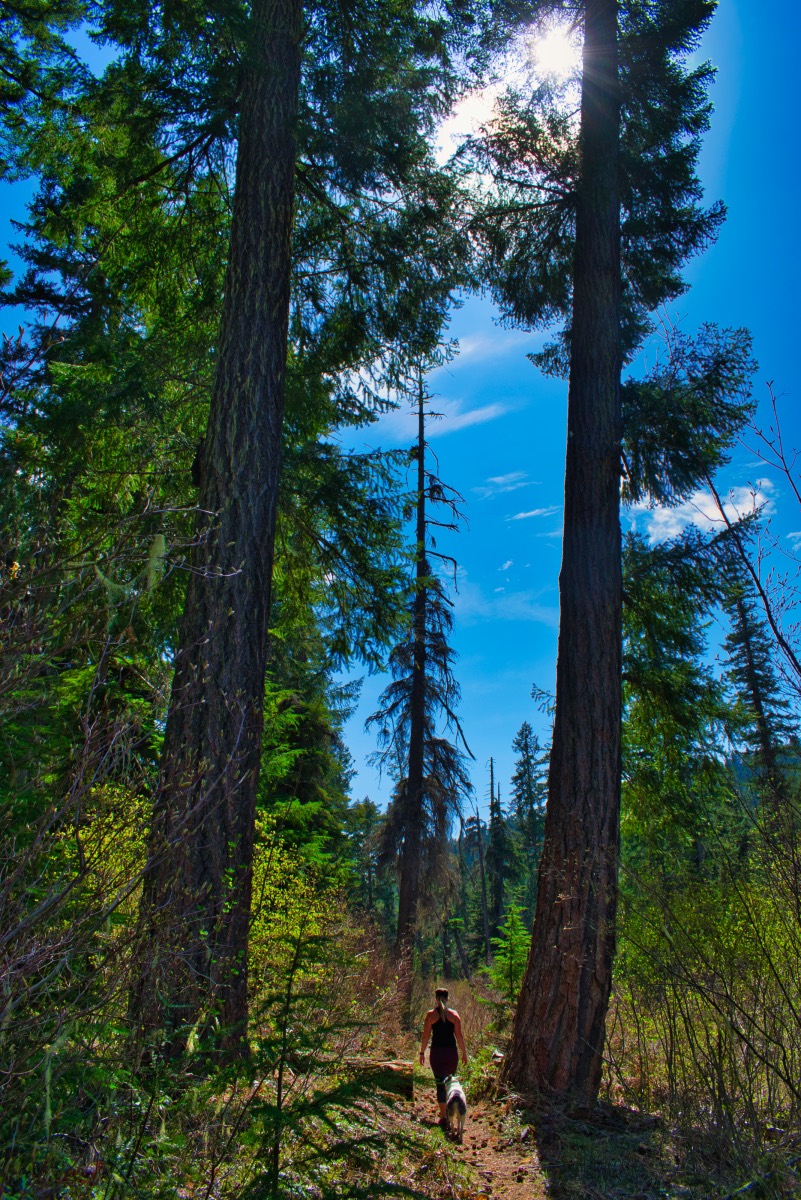 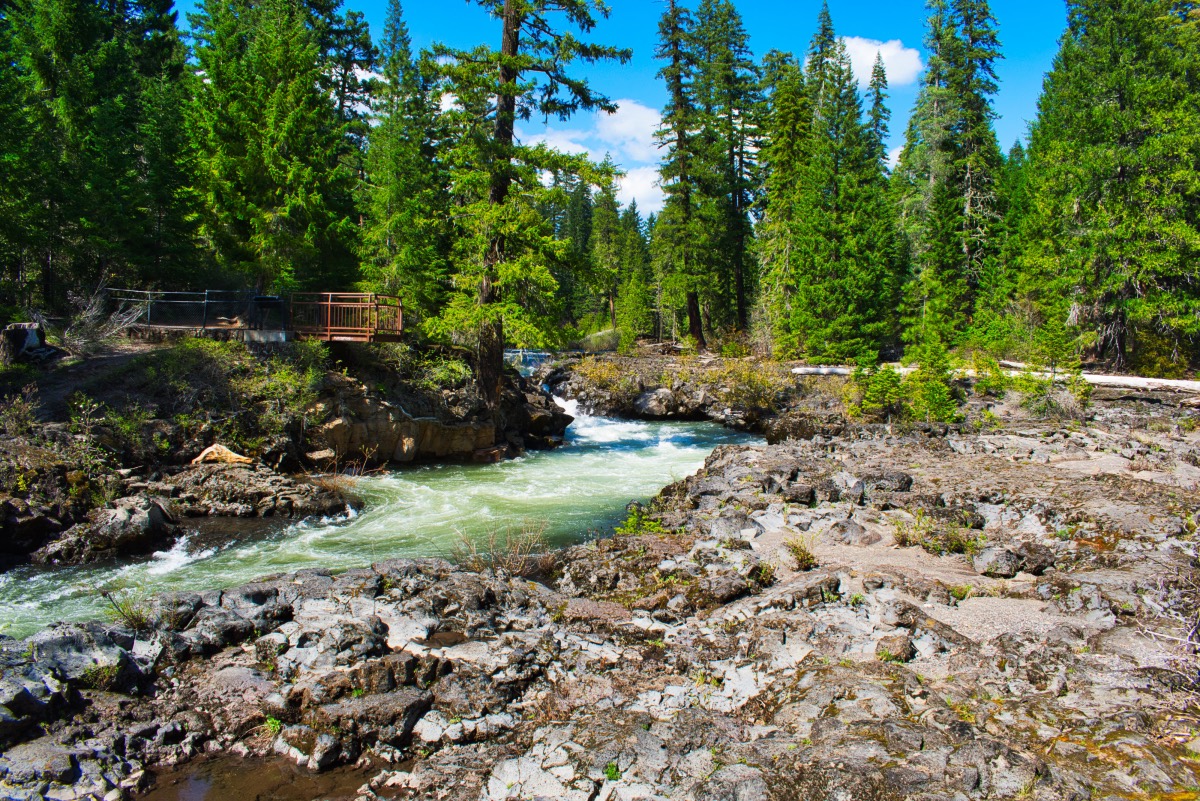 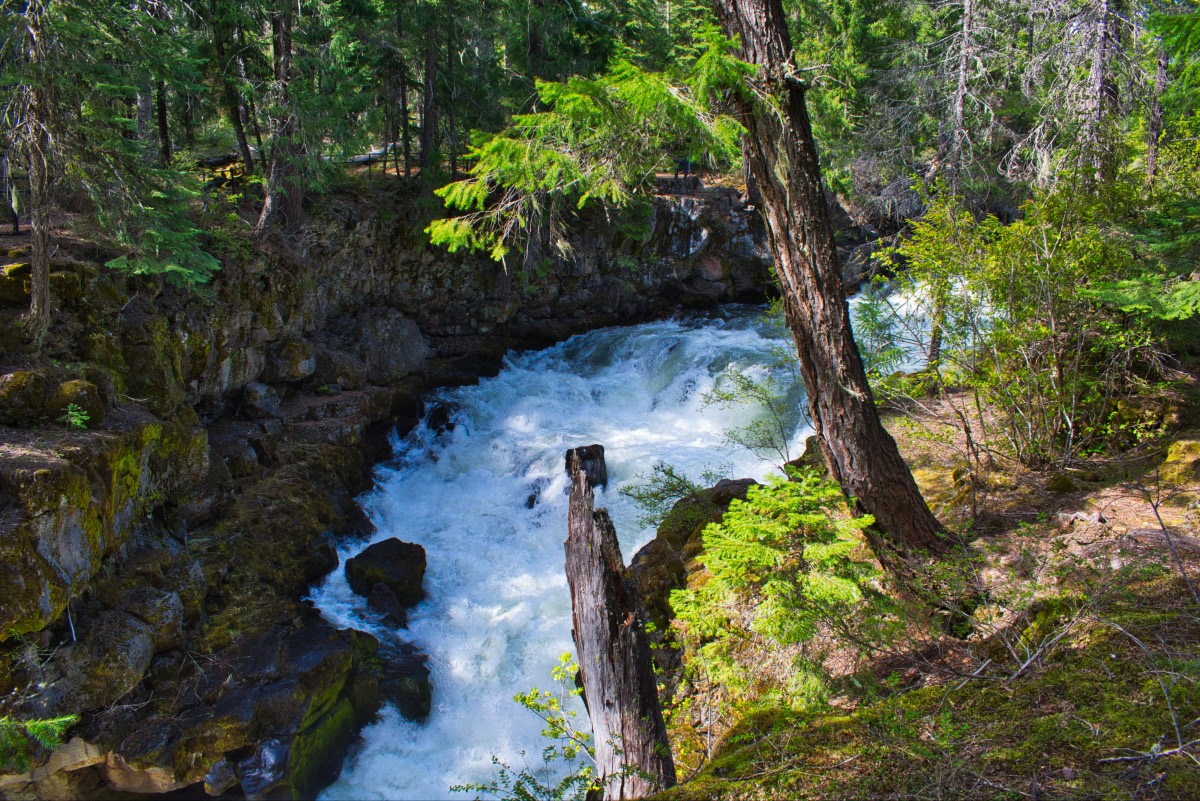 Crossing the Rogue below the Natural Bridge
12 / 18 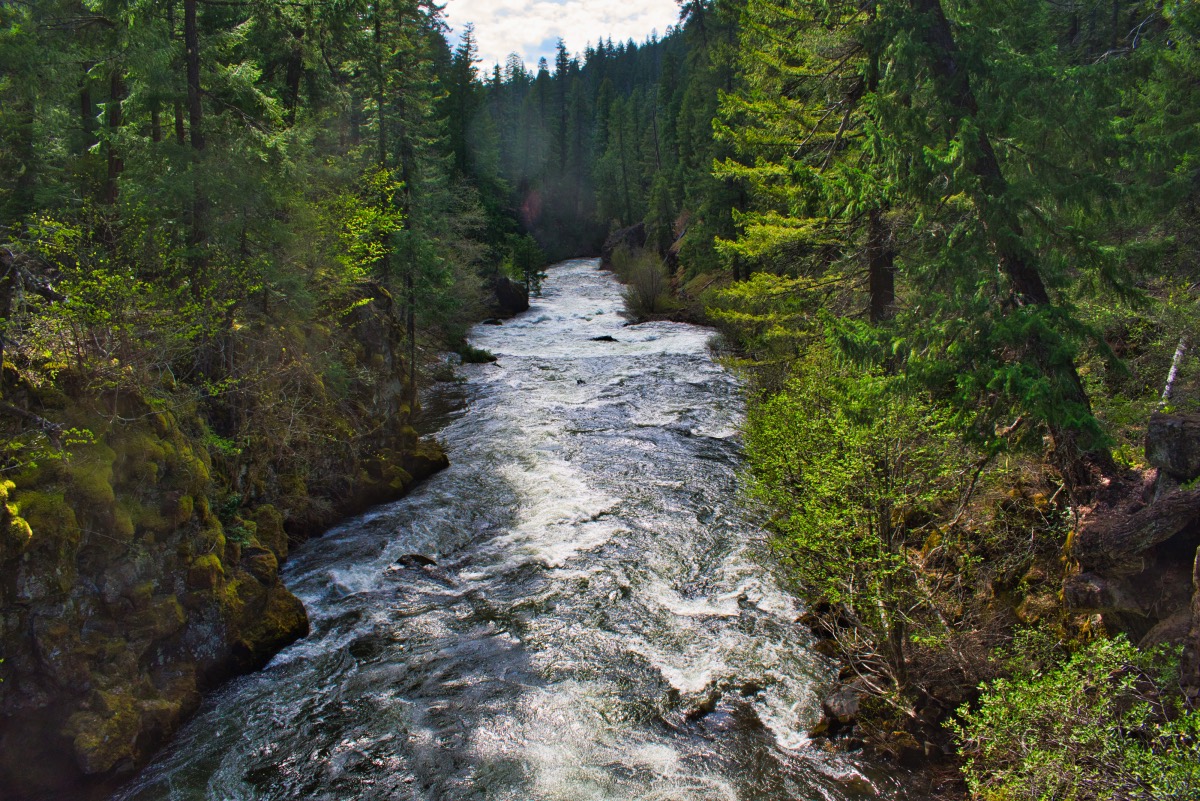 The Natural Bridge. Spring high flows flow over the top of it , but this section will be high and dry later in the year.
17 / 18