Ray Benson Sno-Park is the highest elevation Sno-Park on Santiam Pass, and is located right next to Hoodoo Ski Area. This winter wonderland is located right in the shadow of Mt Washington, and the always interesting, cliff-sided Hayrick Butte is just off to the side. There are over 18 miles of Nordic trails accessed through the park, and the easiest loop is probably the North Loop to the Blowout Shelter.

The North Loop begins from the northern corner of the parking area. The sno-park is a big, one-way loop, so when you enter it, head around the area and pass the large warming shelter on both sides. Once the loop starts to turn hard to the left after that, you should see the trail signs for the North Loop on the right side of the road.

The trail begins in a thick forest of fir and lodgepole pine. The moss hanging from the snow-covered branches can be especially beautiful. You trend slightly downhill for about half a mile until you start to notice some cabins to your left. These cabins were originally built in 1948 as part of a Hoodoo Winter Home Tract and are still used as personal recreational homes.

Soon after passing the cabins, the terrain will vastly open up as you enter the burn scar from the 2003 B&B Fire. Trees are starting to regrow in this area, but they are mostly under about 15 feet tall or so. The skeletons of many of the burned trees remain, most the them having been snapped off about 30 feet up or so from the wind. It is a very interesting landscape. But the openness affords some amazing views of Three Fingered Jack to the north and Hoodoo and Hayrick Buttes to the west.

You will come across two intersection on the way to the Blowout Shelter. Pretty quickly after entering the burn scar, you will cross the Pacific Crest Trail as it winds its way from Mexico to Canada. About a half mile past that, you will come to the intersection with the Circle Lake Trail. Head right to remain on the North Loop.

After this intersection, the trail will begin to wind through some S turns as it climbs a small hill on its way to the Blowout Shelter. This shelter is situated on top of a small hill with some outstanding views of Three Fingered Jack, Black Butte, and even Mt Washington through some trees. It has a wood stove inside and is usually stocked with firewood for your burning pleasure.

Once you leave, head back to the west on the trail you came in on until you see the North Loop continuing to the west along the ridgeline. The trail undulated up and down as is snakes along the ridge. You will yourself out of the burn and back into the forest about a quarter mile from Blowout Shelter.

At 0.6 miles from the shelter, you will encounter the intersection with the Two Buttes Cutoff Trail. Stay to the right and remain on the North Loop. The last mile of the trail is a nice, gradual downhill. You will have to pass over the PCT once again, but once you do, know that you are only about half a mile from the Sno-Park. Just make sure you go left when you reach the beginning of the loop, unless you feel like going around again…

Ray Benson Sno-Park is located near Hoodoo Ski area at the summit of Santiam Pass. Head 20 miles west of Sisters or 5 miles east of the Santiam Junction on Highway 20. Head south on the road to Hoodoo and continue past the ski area and then past the tubing area. The sno-park will be 1.5 miles from the highway.

Passes: An Oregon Sno-Park permit is required November 1 through April 30.

Open Season: This area will usualy be snow covered from sometime in December until into April. 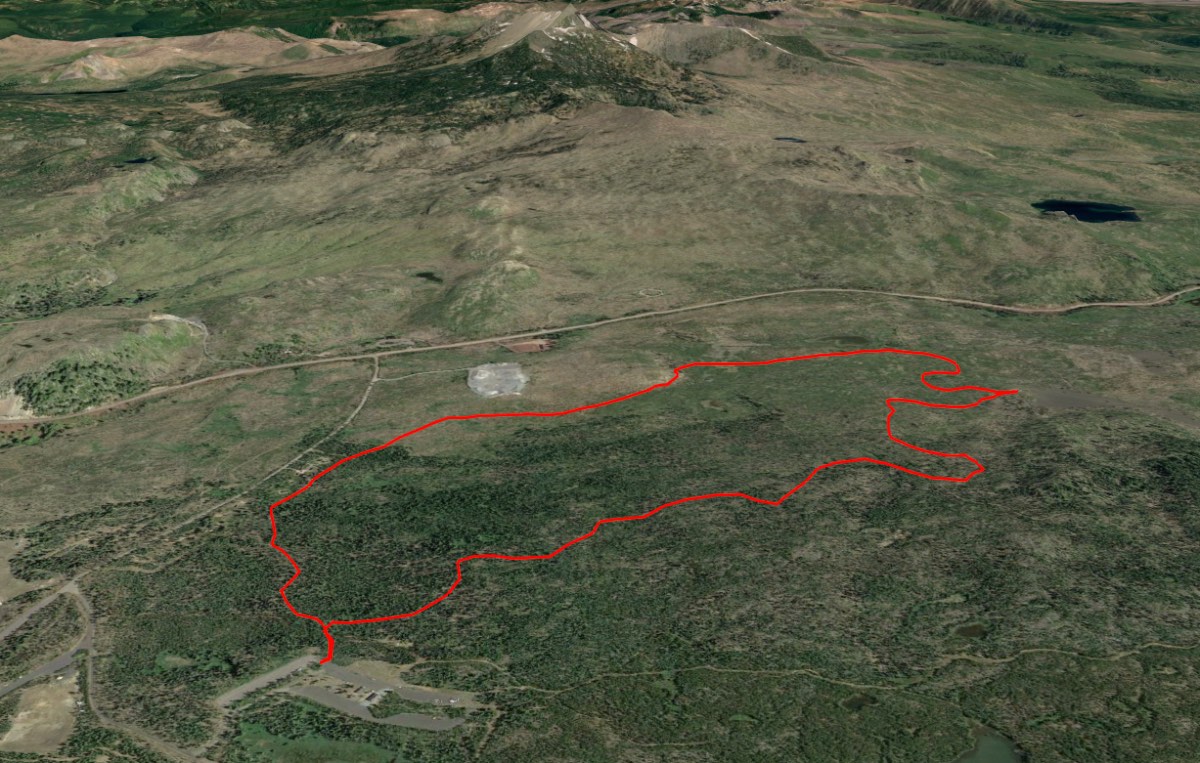 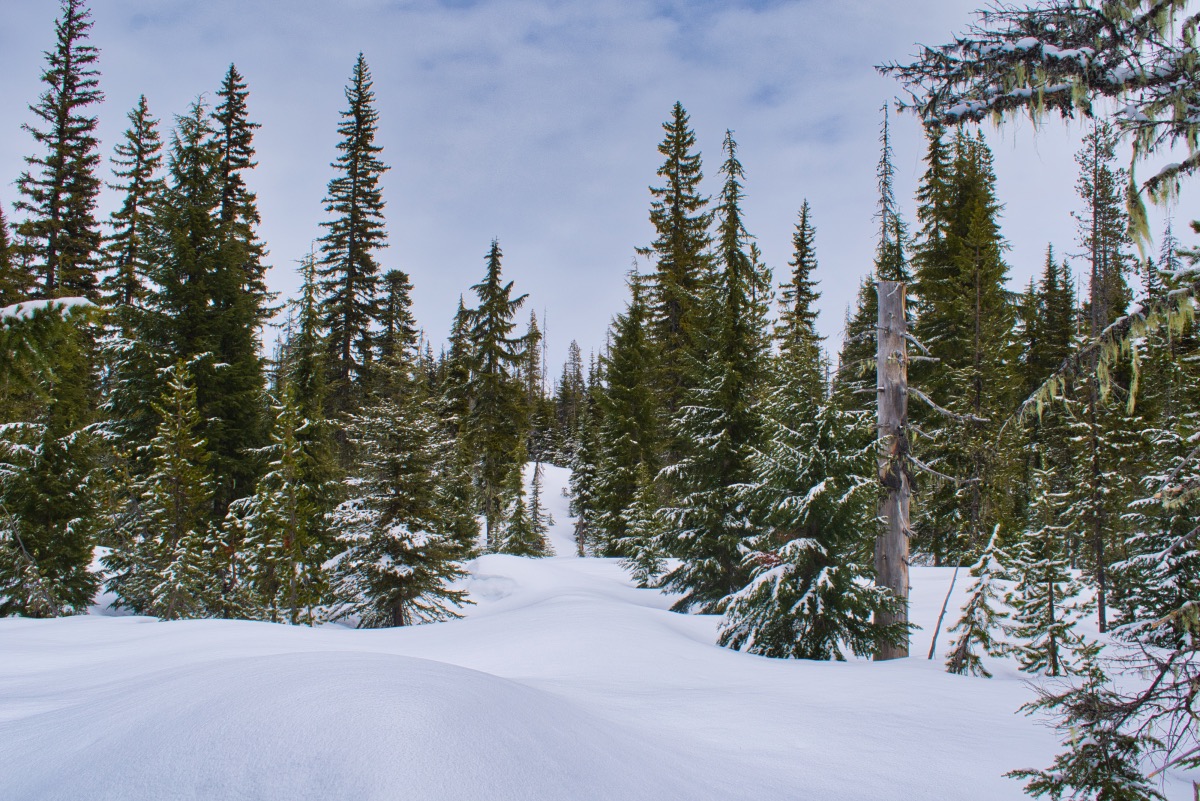 Hayrick Butte and Hoodoo can be seen behind you
6 / 15

Mt Washington peaks through the trees on occasion.
8 / 15 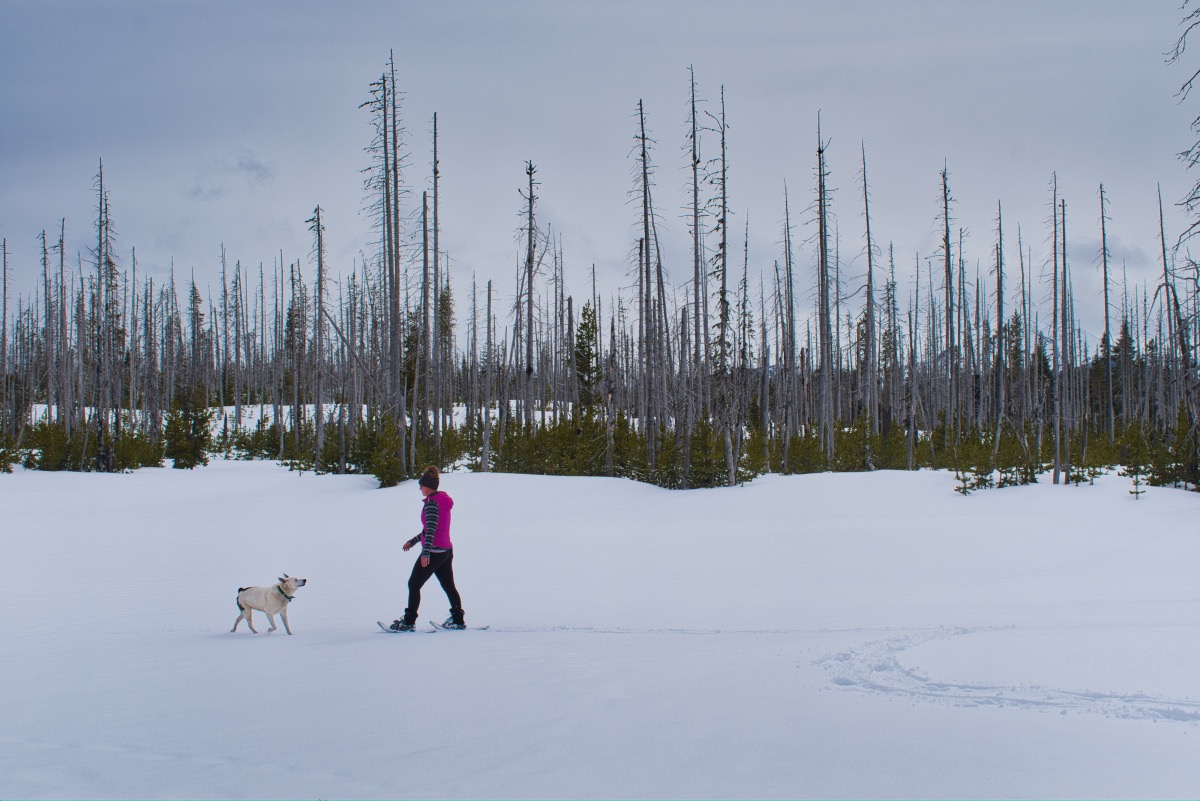